Announcement
Admissions are Open For 10th 12th All Stream
COBSE
Council of Boards of School Education in India is PRIVATE NGO (NON GOVERNMENT ORGANIZATION) Voluntary Agency Established in 1979 Under Societies Registration Act, COBSE is Not a Constitutional Body Nor Has it Been Established by the Government of India, Ministry of HRD & Or Not Any Central or State Government, COBSE has Not Been Given Any Authority to Declare and Education Board is Fake or Not Given Authority to Responsible for Verifying Genuineness/Recognition/Permission/Membership of Schools Education Board in India.
Downloads Downloads

Maharashtra State Open School is a brand of MSO School Foundation is an autonomous Body It has been constituted to regulate Academic Courses/Computer Education. Early Childhood Education Programmes / Nursery Teacher Training / Management Courses/ Academic Courses and other Vocational Courses (Under Self Employment Training Scheme) in India & Abroad. With the help of educational experts to train unemployed girls & boys so that they can serve society effectively and with dignity and may impart education on modern lines to pre-school children with stress on moral, instinctual, physically and social personality.

Ours, is an autonomous body and we do our best to make success the vocational training programmes to unemployed / employed and untrained educated girls & boys. All the courses mentioned in the website are run by the School and School’s own autonomous training programme. Legality, Validity, Utility of the Constitution of India and law of the land under Article 19(1) G, 29 & 30.

with the union public service commission is as follows: 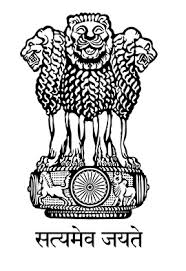 Recognition of Degree/Diploma by Govt. of India
NOTIFICATION NO. P 26/4/52 C.C.
GOVERNMENT OF INDIA
Ministry of Home Affairs
New Delhi

Subject: Recognition of the Examination
According to Ministry of the Home Affairs Government of India. Notification No. 26/4/52 C.C. Dated 20/09/52 issued in consultation with the Union Public Service Commission, that in case of Degree/Diploma awarded by Board & University in India which are in corporate by one Act of Central or part & State Legislature in India. No formal orders. Recognized automatically for the purpose of employment.

The aims and objectives of the School is to provide basic education for Primary, High School, Higher Secondary which includes 10th& 12th Class courses, ITI, Vocational, technical and other paramedical courses. The mission of the School is to achieve all round development and growth for the masses through education.

A University Education Commission was appointed on 4th November, 1948, having Dr. S. Radhakrishnan as its Chairman and nine other renowned educationists as its Members. The terms of reference, inter alia, included matters relating to means and objects of university education and research in India and maintenance of higher standards of teaching and examination in universities and colleges under their control. In the report submitted by this commission, in paras 29 and 31, it referred to autonomy in education which reads as follows: -

“University Autonomy”- Freedom of individual development is the basis of democracy. Exclusive control of education by the State has been an important factor in facilitating the maintenance of totalitarian tyrannies. In such States institutions of higher learning controlled and managed by governmental agencies act like mercenaries, promote the political purposes of the State, make them acceptable to an increasing number of their populations and supply them with the weapons they need. We must resist, in the interests of our own democracy, the trend towards the governmental domination of the educational process.

Higher education is, undoubtedly, an obligation of the State but State aid is not to be confused with State control over academic policies and practices. Intellectual progress demands the maintenance of the spirit of free inquiry. The pursuit and practice of truth regardless of consequences has been the ambition of universities. Their prayer is that of the dying Goethe: “More light” or that of Ajax in the mist “Light, though I perish in the light”.

The respect in which the universities of Great Britain are held is due to the freedom from governmental interference which they enjoy constitutionally and actually. Our universities should be released from the control of politics.

Liberal Education - All education is expected to be liberal. It should free us from the shackles of ignorance, prejudice and unfounded belief. If we are incapable of achieving the good life, it is due to faults in our inward being, to the darkness in us. The process of education is the slow conquering of this darkness. To lead us from darkness to light, to free us from every kind of domination except that of reason, is the aim of education”

There cannot be a better exposition than what has been observed by these renowned educationists with regard to autonomy in education. The aforesaid passage clearly shows that the governmental domination of the educational process must be resisted. Another pithy observation of the Commission was that state aid was not to be confused with state control over academic policies and practices. The observations referred to hereinabove clearly contemplate educational institutions soaring to great heights in pursuit of intellectual excellence and being free from unnecessary government controls.”

The only reasonable restriction on the exercise of this right can be imposed under Article 19 (1) (g) and is imposed in clause 19 (6). The only restriction is that State can make the law imposing reasonable restriction in the interest of general public or any restriction regarding profession and technical qualification necessary for practicing any profession or occupation, trade or business. Since so far, no such professional or technical qualification have been notified, therefore, the trustees/members of the Board/Council through their Society have a fundamental right to carry on the profession / occupation of running the Institutes which imparts education.

We want to also clarify that some states an objection has been pointed out to the name of the Board/Council in private sector but later all such objections have been resolved after the Board/Council pointed out that the world “Board” / “Council” is not reserved by any statute that it cannot be used by any other trust. Many Boards/Councils had applied to the Registration Authority and they have approved of the name of “Board” /Council. If there would have been any objection to its name or this name is not permitted by law then the Registrar would not had registered it.

Not only has demand overwhelmed the ability of the governments to provide education, there has also been a significant change in the way that higher education is perceived. The idea of an academic degree as a “private good” that benefits the individual rather than a “public good” for society is now widely (sic). The logic of today’s economics and an ideology of privatization have contributed to the resurgence of private higher education, and the establishing of private institutions where none or very few existed before.

The right to establish and administer broadly comprises of the following rights: -

It is also pertinent to mention here that one of the prominent and well-known Boards providing Secondary and Senior Secondary Examinations for the students all over the country is the Council for Indian School Certificate Examinations (CISCE), which is a registered society. So is the CBSE which stands for Central Board of Secondary Education.

According to Government of India National Education Policy1986 & Other Government Notifications Maharashtra State Open School is one of the best autonomous Board of India and Aboard.